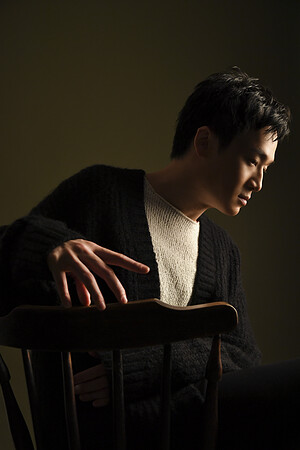 "Beyond the dazzling technical polish he brings to these fiendishly challenging pieces, most striking is Wong’s sincerity of purpose." (Gramophone Magazine)

Born in Hong Kong, pianist Chiyan Wong's audacity and vision have captivated listeners, in a repertoire ranging from the early Baroque to the 21st century.

Chiyan recently made his Paris debut at the Théâtre des Champs-Elysées, and gave the Hungarian premiere of Thomas Adès' Piano Concerto with the Danubia Orchestra Óbuda at the Liszt Academy in Budapest. His recital in Premiere Performances Hong Kong, given in the spring of 2021, has been the subject of a feature-length concert film, "Encore", which has been shown in his native city.

Chiyan's two recordings have met with critical acclaim. In his debut album for LINN Records (Liszt Transfigured), he was awarded the 40th Franz Liszt International Grand Prix du Disque by the Franz Liszt Society in Hungary, in which he completed and edited Liszt's opera transcriptions. For his second album, he recorded his version of Bach's Goldberg Variations, drawing from the edition by Ferruccio Busoni.

Having made his debut at prestigious venues such as the Salzburg Mozarteum, and the Wigmore Hall, in which he gave an all-Liszt recital, Chiyan first came to international attention in earlier debuts at festivals such as the International Music Festival in Dinard, France, the Hong Kong Arts Festival, and the Singapore International Piano Festival.

Beginning his musical education in his native Hong Kong, Chiyan moved to England aged twelve to study with Norma Fisher, and subsequently Christopher Elton at the Royal Academy of Music in London. Chiyan's interest in composition have led him to work with Thomas Adès at the Prussia Cove International Musicians’ Seminar, as well as counterpoint studies with Naji Hakim in Paris. These encounters have left a strong mark on Chiyan’s musical work. Recently, Chiyan completed his doctorate on Busoni at the Royal Academy of Music in London, with the generous support of the Lee Hysan Foundation. He now resides in Berlin.

“Jaw-dropping and spine-tingling pianistic mayhem… This is how legends are made.”  (The Straits Times)