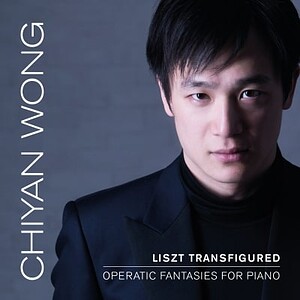 A broad and thoughtful musician, Chiyan Wong's special interest in the music of Franz Liszt, has led to him perfecting his own editions of these popular operatic fantasies. Following Liszt's own advice regarding transcriptions, Chiyan concentrates on communicating the spirit and intention of the music whilst applying his own personal touches.

Chiyan has performed Liszt around the world: in Hong Kong as part of the composer's bicentenary celebrations, in London at his Wigmore Hall debut, and in concert for the Liszt Society in Europe.